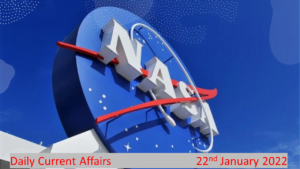 1. The Central Government has appointed Vikram Dev Dutt as the new CMD of which airline company?

2. Which of the following technology company has announced to acquire game maker Activision Blizzard Inc.?

3. Which of the following has recently released the Digital Payments Index?

4. Which of these ministries has organized the “Streets for People Challenge” online program?

A. Ministry of Tribals

B. Ministry of Education

5. Sarathi mobile application has been launched by which of the following government ministry?

A. Ministry of Tribals

B. Ministry of Education

6. IIMK LIVE and which bank has signed MoU for lending up to Rs 50 crore for startups?

A. Bank of India

7. Which player of the Pakistan team has been named as the captain of the ICC Men's T20I Team of the Year for 2021?

8. Recent NASA the scientists Name the planet that has been discovered like Jupiter?

9. Which of the following company has partnered with Canada Running Series to be the Toronto Waterfront Marathon title sponsor by November 2026?

10. Which of these state government has recently signed agreement with United Nations World Food Program to promote food security of small farmers?

A. Government of Kerala

B. Government of Gujarat