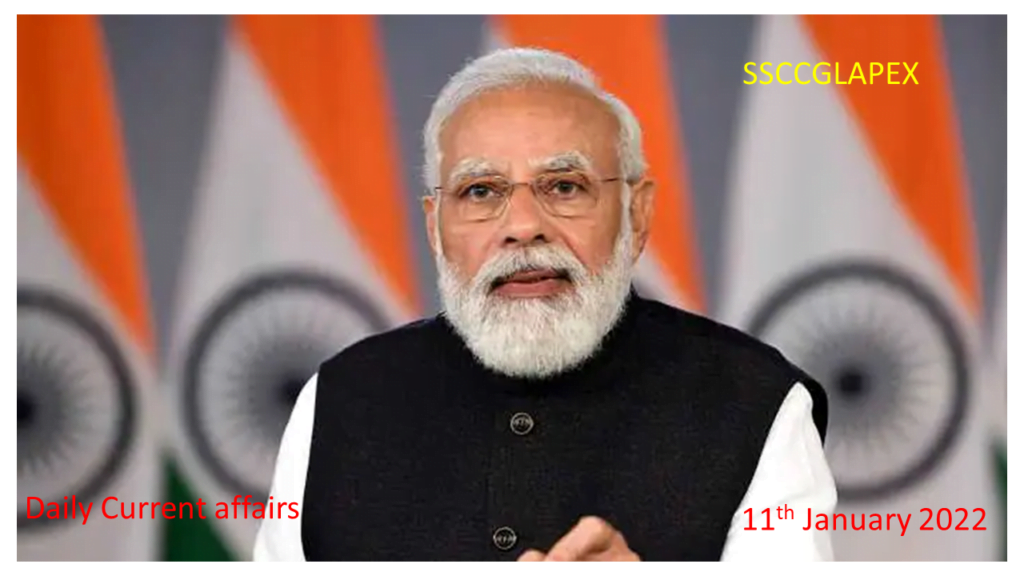 Current Affairs Questions and Answers related to India and Abroad All current affairs quiz published in Hindi will be helpful for upcoming exams like SSC, CGL, IAS, UPSC, BANK, RAILWAY etc. If you have any query regarding Daily Current Affairs 11th January 2022, please reach out to us through the comment section.

Which female cricketer has been recently named as the ambassador of the All Women's Match official team by the Legends League Cricket?

3. Which of the following ministry has recently signed an agreement with TCS for the second phase of Passport Seva programme?

4.ICMR has approved the test kit “Omisure” to detect the Omicron variant of SARS-CoV-2 coronavirus developed by?

5.Which of the following organization has appointed Kuwaiti oil executive Hai Tham Al Ghis as its new Secretary General?

Which Golden Globe Awards have been announced recently?

For how many months, the Government of India has extended the term of Navrang Saini, the interim chairman of the Insolvency and Bankruptcy Board of India?

Which former RBI governor has been appointed as the vice-chairman of the Beijing-based multinational financial institution Asian Infrastructure Investment Bank?

9.Which of the following company has announced the acquisition of 73.37 percent stake in premium luxury hotel Mandarin Oriental New York?

10. Professor Dr. Satish Adiga of which of these medical colleges has been selected by ICMR for the National Award?