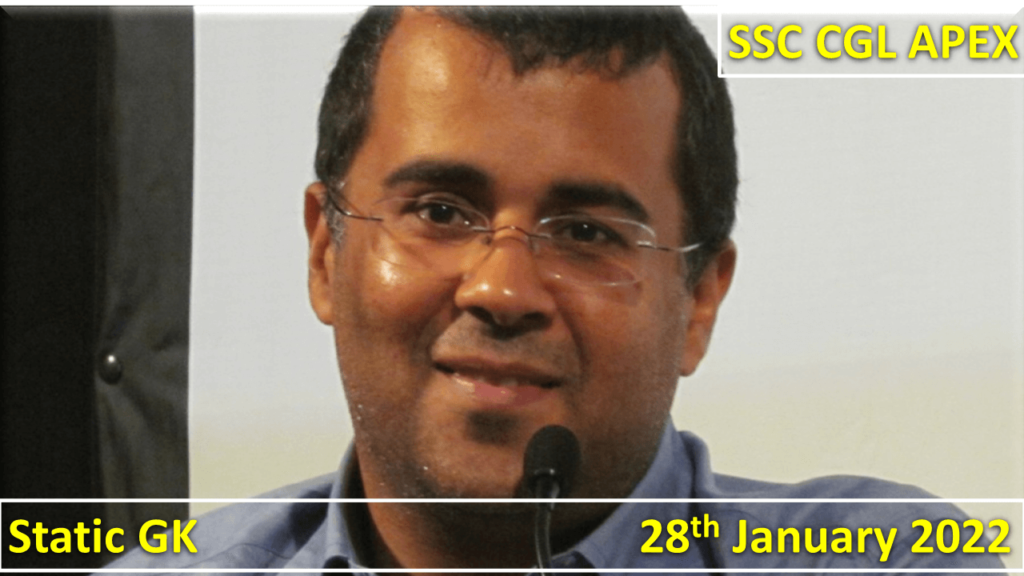 All Current Affairs Quiz published in Hindi '28 January 2022 Static Gk Ke Sabal Aur Jabab' related to India and abroad will be helpful for the upcoming SSC, UPSC, Bank, Railway, Clerk, PO exams, Static GK 28th January 2022 If you have any question about it, then please reach to us through comment.

1.Who among the following is credited with the establishment of the 'Samkhya' system of philosophy?

2. A Gupta period temple is situated at a place called Bhitargaon. This temple is believed to be the oldest remaining terracotta Hindu temple with a roof and a high spire. At which of the following places is it located?

3.The traditional theater style named 'Dashavatar' is related to which of the following field?

4. In the upper part of the land, the rate of gradual increase in temperature with increase in depth is about ……………. per kilometer.

5. The Punchhi Commission, which was set up in the year 2007 under the chairmanship of Shri Madan Mohan Punchhi and submitted its report in 2010, was set up to make recommendations on

6. By which of the following act, the GST Council was established in India?

7.Who is the author/author of the book 'VR Displaced'?

8. The Central Statistical Organization (CSO) calculates and publishes the Index of Industrial Production (IIP) on a monthly basis. For computing the index, which of the following financial year is taken as the base year?

9.Who is the author/writer of the book 'One Arranged Murder'?

10.Which of the following is a simple permanent tissue?