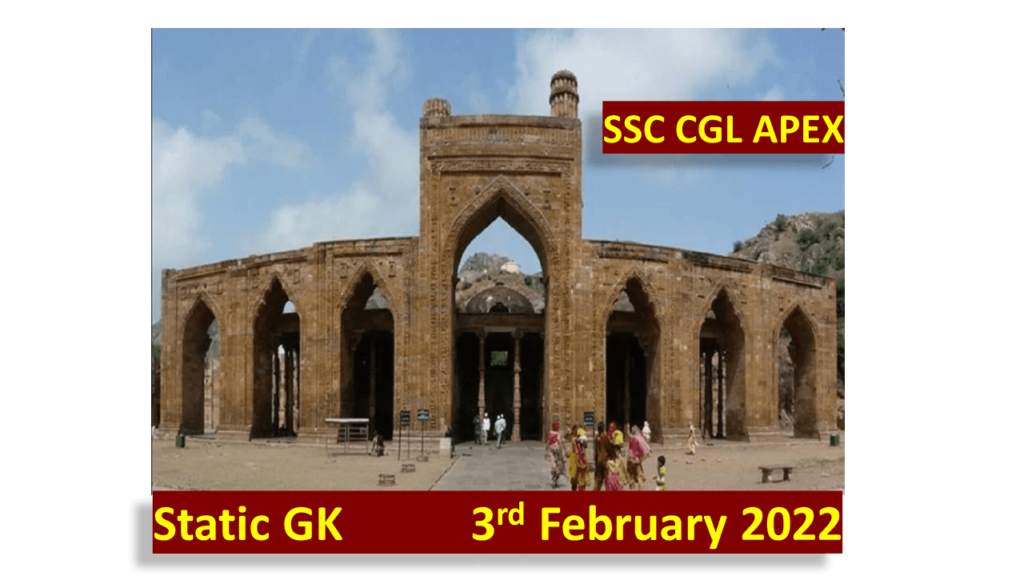 All Current Affairs Quiz published in Hindi '3 February 2022 Satic GK Sabal Aur Jawab' related to India and Abroad will be helpful for the upcoming SSC, UPSC, Bank, Railway, Clerk, PO Exams, Current Affairs of 3rd February 2022' If you have any question about it, then please reach to us through comment.

1.Which one of the following Harappan sites is not located in Gujarat?

2. 'Parsec' is a unit of which of the following?

3.Which one of the following pairs is not correct with respect to Nobel Prizes?

4.Which one of the following is a statutory power of the President of India?

(B) He can grant pardon, remission, delay and remission to a person convicted of an offense

(C) He appoints the Prime Minister and other ministers

6. Under the …………… of the Constitution of India, it has been made mandatory by the Central Government to present the annual financial statement of the estimated receipts and expenditure before both the Houses of Parliament.

8…………… and the submerged lands around them are such water bodies, which are often found at the places where rivers meet with the sea.

(A) Tila or Bhrigu (Cliffs)

(B) Estuaries of the river

The term "Thalinomics of a plate of food in India" has been used in the Economic Survey of 9……….