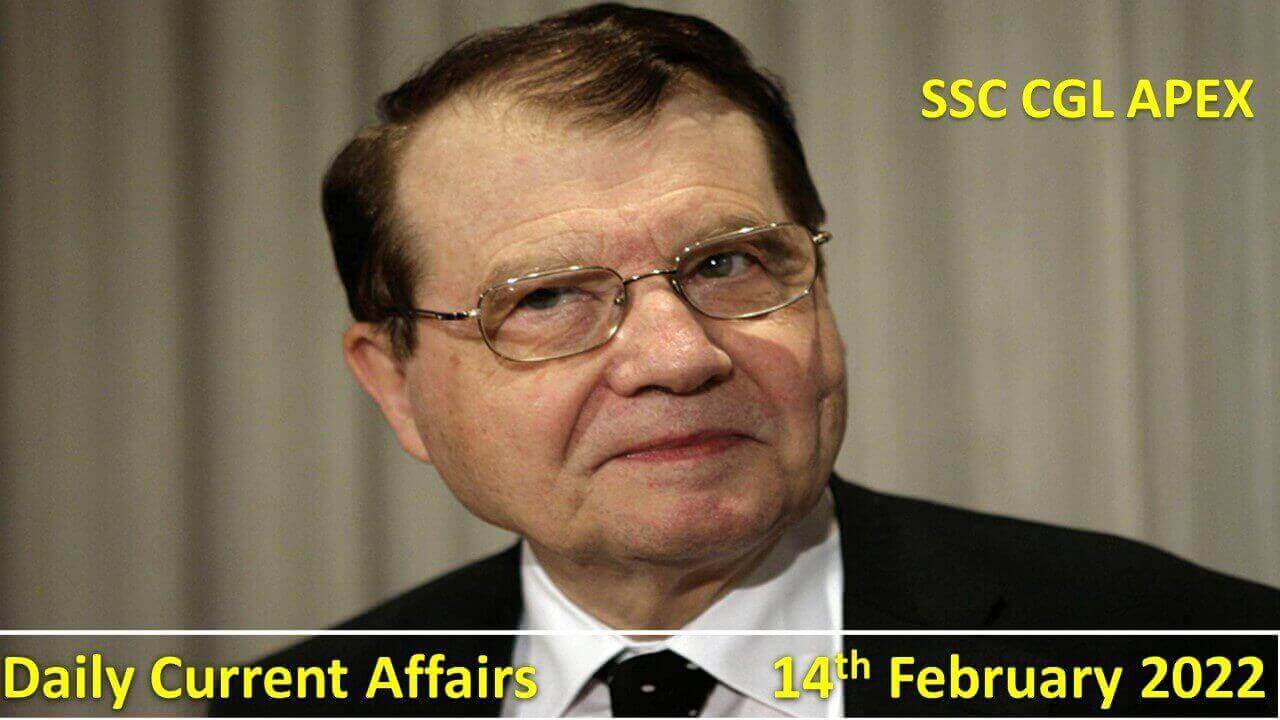 1.The board of which of the following company has approved the appointment of N Chandrasekaran as chairman for a second five-year term?

2. Which of these state government has recently tied up with the British Council to expand higher education?

(A) Government of Kerala

(B) Government of Maharashtra

3. Recently who has started “Jeeva Program” to promote natural farming?

(B) State Bank of India

4.Which of the following ministry has recently reconstituted the Advisory Committee on Investor Protection and Education Fund?

(B) Ministry of Science

5.Luc Montagnier, who was awarded the Nobel Prize for discovering the virus that causes which of these diseases, has passed away recently?

According to the TomTom Traffic Index, which city has been the fifth most congested city in the world in 2021?

7. Which edition of India's prestigious cricket league IPL (IPL) is going to be held this year?

8.Transport Minister B. According to Sriramulu, in which state a plan has been made to set up a “Skill and Entrepreneurship Development University”?

9.NASA K Parker Solar Probe has recently taken pictures of the surface of which planet from space?

10. Which of the following automobile company's former chairman Rahul Bajaj has passed away recently?