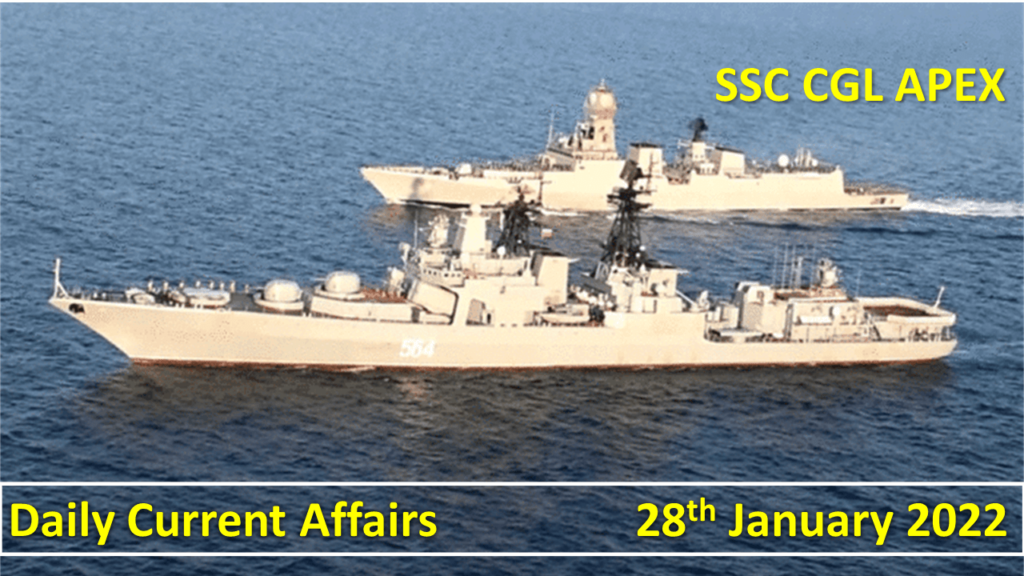 All current affairs quiz published in Hindi on '28 January 2022 Current Affairs Ka Sabal Aur Jabab' related to India and abroad will be helpful for the upcoming SSC, UPSC, Bank, Railway, Clerk, PO exams, Current Affairs 28th January 2022 If you have any question about it, then please reach to us through comment.

Question 2. “Marakkar: Arabikadalinte Singham” and which Indian movie has been shortlisted for Oscar 2022?

Question 3. Which film directed by PS Vinothraj from India has won the Best Film Award at the 20th Dhaka International Film Festival?

Question 4. Which day is celebrated across the world on 28 January?

Question 5. Which of the following country has recently handed over 70,000 AK-203 Kalashnikov assault rifles to the Indian Armed Forces?

Question 6. What is the rank of India in the list of 180 countries in the Corruption Perceptions Index 2021?

Question 7. Ramgarh Vishdhari Wildlife Sanctuary has been announced to be notified as the fourth tiger reserve of which state recently?

Question 8. Which brand has retained its position as the most valuable brand in 2022 as per the Brand Finance 2022 Global 500 report?

A. Bay of Bengal

B. Gulf of Arabian Sea

Question 10. Which state has recently released the first of its kind in India state-level bird atlas?

A. Kerala
B. Uttarakhand
C. Jammu and Kashmir
D. Sikkim