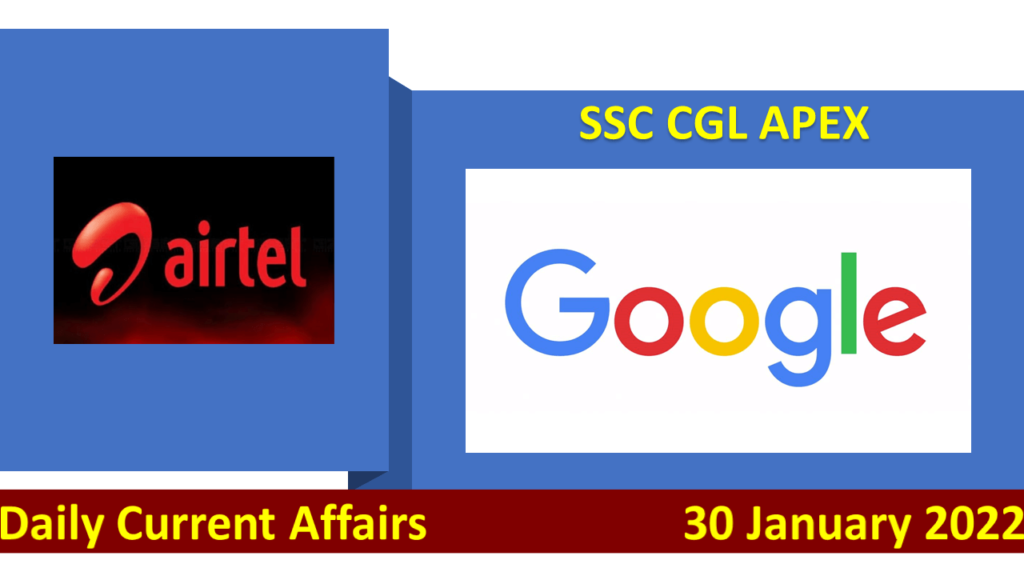 Question 01. Which India-Central Asia summit has been hosted by the Prime Minister of India Narendra Modi recently through virtual platform?

Question 03. Bharti Airtel and which company have announced a partnership agreement to accelerate the growth of India's digital ecosystem?

Question 04. Which of the following oil refining and fuel marketing company has named Pushp Kumar Joshi as the new Chairman and Managing Director?

Question 05, In which of the following countries, King Villain-Alexander has inaugurated the world's largest canal lock?

A. Reservation is not the opposite of merit, but carries forward its distributive consequences.

B. Merit should be purely on the basis of performance in open competitive examination.

C. Qualification cannot be made socially relevant and hence reservation is against merit.

D. Competitive exams are a true reflection of an individual's excellence, abilities and potential, hence high marks in them are proxy for merit.

Question 08. Who has recently been appointed by the Central Government as the new Chief Economic Adviser of the country?

D. none of these

Question 09. Researchers from which of the following institutes have discovered a new technique for the detection of oral cancer?

Question 10. Social activist and famous writer of which language “Anil Avchat” has passed away recently?